Back to Bethlehem - Part 4

Although Christmas 2019 is behind us, can we take one last lingering look at the little town of Bethlehem? This tiny village was a place of wonder, a place of worship, and also a place of warning.

God knew what Herod was up to even though the wise men did not. He warned them not to return to Herod. They didn’t insist on their own plan. They didn’t try to change Herod’s mind. With humility, the mysterious Magi obediently and quietly slipped out of the country another way, never to be heard from again.

God, ever watchful of His Son, also warned Joseph in a dream. "Flee to Egypt! Herod is about to search for the child to destroy him” (Matthew 2:13). Joseph gathered the family together by night and headed south on a journey that would take them over 100 miles to safety.

Not long after, Bethlehem became a place of weeping.

Herod must have been very insecure to allow an 800-year-old obscure prophecy and an unknown infant to upset him to the point of murdering babies and toddlers. He was furiously enraged when the wise men foiled his plan - and had all the male children under two years old in the region of Bethlehem killed. Cruel and ruthless killings. Babies ripped out of their mother’s arms by soldiers with swords. Screams of anguish long to be remembered. Do mothers ever get over the death of a child? Especially when murdered in cold blood? Tragic.

But the story doesn’t end here.

Thirty years went by . . . enough time for a 20-year-old shepherd to turn 50. When Jesus began His public ministry, did some of those same shepherds suspect that this teacher, who spoke with authority, was the grown-up infant they had discovered in a manger in Bethlehem so many years before? Did they witness the healings? Did they hear of the feeding of the 5000 or the Sermon on the Mount? Where they among those who believed?

What God began in a small town in Judea named Bethlehem, He finished on a hill outside of nearby Jerusalem. Three days later, the resurrection of Jesus made Bethlehem a place of winning! For this was the mircle that made it possible for our sins to be forever forgiven and for death to be swallowed up in victory!

From the baby in the manger to a risen Savior, Jesus offers us abundant life now and eternal life forever. “Thanks be unto God for His precious, inexpressible, indescribable gift” (2 Corinthians 9:15 AMPC).

Back to Bethlehem - Part 3

Matthew tells the story of the wise men, the Magi: magicians, astronomers, astrologers – possibly from Persia whose knowledge of the Hebrew Scriptures could be traced back to the time of Daniel (5:11). These men often served in the royal court throughout the near eastern world as advisors. A strange and curious story, would you agree? With intention and determination, they follow a mysterious star all the way to Jerusalem and ask, “Where is he who has been born king of the Jews? For we saw his star in the east and have come to worship him” (Matthew 2:2). How did they know? 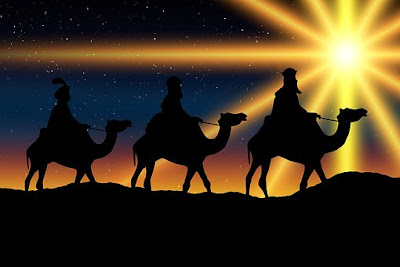 This caused no small stir! King Herod gathered all the Jewish religious leaders together and asked them where the Messiah was to be born. They knew right away. Micah, the prophet who wrote eight centuries before, had made it clear: Bethlehem.

Herod secretly sent the wise men to Bethlehem. And already in his evil mind, a carefully crafted plan began to take shape to eliminate this potential threat to his throne.

As the wise men went on their way, the star went before them and came to rest over the place where the child was. They “rejoiced exceedingly with great joy.” Presumably, they had been seeking and traveling miles and miles for up to two years. What a venture!! The purpose of their journey was about to come to fruition! They came into the house and fell down and worshiped the little boy who they knew was the king of the Jews. Imagine the scene. Men of prominence in a little house in Bethlehem. And then they opened their treasure bags and offered Him gifts.

Gold, frankincense, and myrrh were standard gifts to honor a king. These valuable gifts, full of significance, were given in an act of worship and demonstrated their belief in Jesus' deity.

True Worship goes beyond wonder to great joy as we ascribe worth to the Deity whose wonderful plan for the ages includes you and me. Will we humbly bow down and worship the newborn King this Christmas? Will we yield ourselves and our gifts to Him? 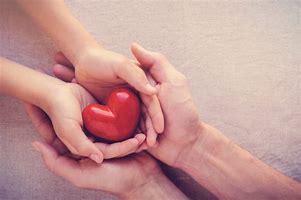 Man looks on the outward appearance, the sparkle, the preparations, the food and gifts and all the rest, but God desires our hearts.
Posted by Sarah Lynn Phillips at 9:07 PM No comments:

Back to Bethlehem - Part 2

"Will you come back to Bethlehem with me?"  (From Part 1)

Bethlehem (House of Bread) was a small village 5 miles south of Jerusalem, a grain-producing region which began as an early Canaanite settlement on a caravan route. In Genesis 35, we learn that this town was the burial site of Rachel. During the period of the Judges, Bethlehem was the home of Ruth and Boaz, who were the great-grandparents of King David. David’s family lived there, and he was anointed king there. Thus the Scriptures refer to this town as the City of David.

Although there are other locations also attached to the Christmas narrative, it’s in this seemingly insignificant town where we place our focus.

Bethlehem was a Place of Wonder – of amazement, awe, admiration, astonishment. 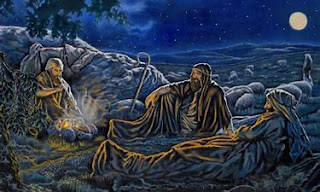 Luke gives an account of the shepherds, whose job it was to care for the sheep, many of which were used in the temple sacrifices in nearby Jerusalem.

Can you imagine the scene? An ordinary night . . . the sheep had settled down and their keepers were gathered around the campfires. All of a sudden, an angel appears in the night sky with the glory of the Lord all around. No wonder they were terrified (2:9)! But they still managed to hear the message loud and clear: fear not, good news, great joy, for all people, the birth of a Savior, the Messiah, the Lord (spoke of deity). The angel gave them specific directions of how they could find this baby. And then . . .What would it have been like to hear an army of angels praising God in unison? “Glory to God in the highest, and on earth peace, good will toward men!” (2:14). 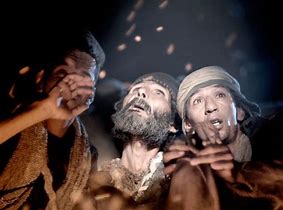 The shepherds hurried to Bethlehem and searched until they found the baby wrapped up tight in the most unlikely of places - a manger. And there were His parents just as the angel had said. What a moment! I imagine their story bubbled out as Mary and Joseph eagerly hung on to every word, perhaps a confirmation to them that God’s plan was, indeed, unfolding just as it was meant to be.

The shepherds “made known the saying that had been told them concerning this child.” Can you imagine the band of shepherds traipsing through the streets of Bethlehem, as dawn broke, telling everybody they saw in this busy little town: “The Messiah has been born!” Messiah! The very word breathed hope to these Jewish people under Roman rule. How they longed for their Messiah. “And all who heard it wondered at what the shepherds told them” (2:18). They were astounded. They marveled. 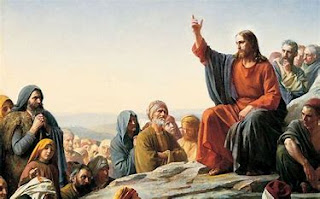 Over the course of Jesus’ life, many people wondered. We’re told that his parents marveled at the temple soon after His birth after hearing what Simeon said about Him: He would be a light to the Gentiles and glory to Israel. Twelve years later, they found the missing Son of God in Jerusalem. Remember Jesus’ words? “Did you not know that I must be in my Father’s house?” (2:33; 48-49). Of course, they were amazed!

This leads me to think that we can wonder without worship but we can’t truly worship without wonder.

Posted by Sarah Lynn Phillips at 9:03 AM No comments:

Back to Bethlehem - Part 1

This week, I had the privilege of speaking at the Ladies' Christmas Tea at the Montrose Bible Conference. We had a delightful time . . . music of the season, Scripture reading, a wonderful lunch/tea along with a talk from God's Word. Throughout the next several posts, I'll be sharing some thoughts from this event. So stay tuned!

We began our time together with a story, a story that is meaningful to me because my mom wrote it, and the little girl in the story is my youngest daughter.

BACK TO BETHLEHEM
By Lillian M. Ewert

Just like a pre-programmed clock, the question came every day. “Is it Christmas yet?” Our granddaughter Elisabeth, age 3, anticipated something she could not remember experiencing. The Christmas tree, the pretty lights, and the wooden manger scene caused her excitement to mount with each passing day.

Christmas finally dawned. The family gathering at our house always included a Christmas play presented by all the grandchildren which I enjoyed directing. The adults provided the appreciative audience. However, changes had occurred over the years. Some of the grandchildren could not be there and the adult audience had dwindled considerably.  Elisabeth’s teenaged sisters no longer looked forward to wearing bathrobes and angel wings. I wrestled with the idea of giving up the Christmas play but struggled to find a fitting substitute to help us focus on the Savior’s birth. As I watched Elisabeth at play, an idea began to stir in my mind.


“Elisabeth, would you like to be Mary and put Baby Jesus in the manger?” I asked. 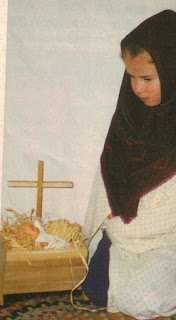 Elisabeth’s eyes lit up as she took my hand and we went into the bedroom to get ready.  “Grammy, you be Joseph,” she said. I pinned a blanket around Elisabeth’s shoulders and tied a scarf around her head. I placed the Baby Jesus, wrapped in strips of cloth, into her arms and together we stepped into the living room and slowly walked to the manger. Carefully Baby Jesus was placed in the bed of artificial straw. Mary and Joseph each kneeled beside the manger to admire the Baby. The family began to sing familiar Christmas carols previously taught by Elisabeth’s mother. Sometimes the Baby would be picked up and gently rocked and placed back in the manger. Elisabeth’s eyes shone as she lived out the story that had become so familiar to her in recent days. It became obvious that she loved her role as Mary when she kept her costume on the rest of the day.


As the day drew to a close, the adults remained at the table to talk while Elisabeth, who had been excused, played with her toys in the living room. Before long, I felt a tap on my shoulder and a little voice said, “Joseph, will you come back to Bethlehem with me?” Back to Bethlehem. “A little child shall lead them” (Isaiah 11:6).

In the next few weeks, let's take Elisabeth's lead and find our way back to Bethlehem.