Jesus willingly embraced the ultimate poverty. He left His Father and all that encompasses the celestial sphere to become a helpless infant. He took on human limitations. The hands that formed the heavens with the moon and the stars, wrapped themselves around a teenage girl’s finger as she lovingly swaddled Him in homespun strips of cloth. He became utterly dependent on the people He created—for milk, for shelter, for protection. Although He was the Word from the beginning, He had to learn to talk. Taking on humanity demonstrated no small sacrifice. He traded all of heaven’s glory for our sakes so that we could acquire all He left behind.


We celebrate Christmas because a Savior came to provide eternal life. We sing carols about joy, celebrate with candlelight services, and re-enact the Nativity. We rejoice in the benefits of His grace.


But Jesus experienced unfathomable loss. Loss for a sinful people who often take the incarnation for granted. And if becoming a baby wasn’t humbling enough, He gave up His life as the ultimate sacrifice. For our sakes—all because He loves us.


This Christmas, l hope we will remember God’s unspeakable gift. It’s through His poverty we become truly rich. 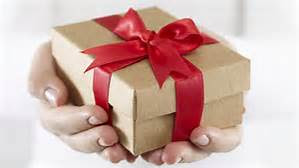 For you know the grace of our Lord Jesus Christ, that though He was rich, yet for your sake He became poor, that you through His poverty might become rich (2 Corinthians 8:9, NKJV).
Photos from bing.com
Posted by Sarah Lynn Phillips at 2:48 PM